There are 186 Gearbits total: 12 in the Central Zone, 47 in the northern Mountains, 44 in the eastern Lake, 46 in the western Crystal Forest, and 37 in the Barren Hills to the south.

Detailed maps and locations to find Gearbits are on the respective pages where each collectible appears.

Note: a guide by Cable, with a numbered list of all Gearbit locations, can be found here on Steam Community.

Once 20 Gearbit packs are obtained without spending them, the inventory will automatically gain additional space to store more Gearbit packs. 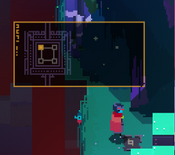 1/4 of a complete Gearbit pack. 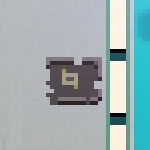 Additional space in the inventory.
Русский
Community content is available under CC-BY-SA unless otherwise noted.
Advertisement